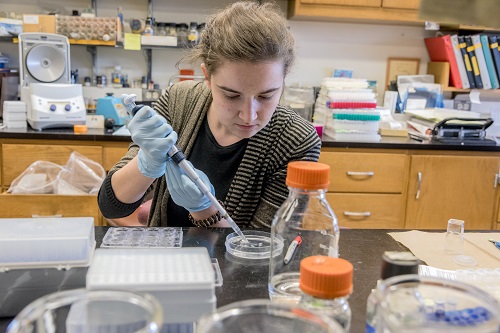 Sedona Ewbank is a biochemistry and neurobiology senior in Dr. Richard Palmiter’s lab at the University of Washington (UW).

If successful, Ewbank’s work could inform the development of therapeutics for obesity that target the hypothalamus, treating the cause rather than symptoms.

Prior to starting her senior year, Ewbank completed a research internship at École polytechnique fédérale de Lausanne in Switzerland. After graduation, she plans to begin a doctoral degree on her way to a career in academic research.