Edwin A. Suominen: Engineer and Inventor 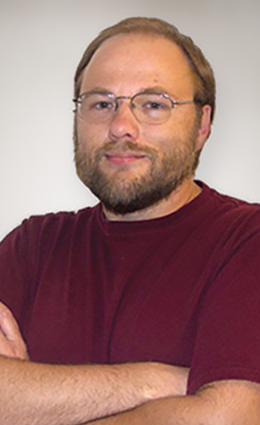 As an undergraduate in the University of Washington’s (UW) electrical engineering department during the mid-1990s, Ed Suominen invented a radio receiver technology with novel ways of tuning a radio among several channels.

His work, with professor Murat Azizoglu as advisor, resulted in a technology that eased the design and improved the performance of contemporary personal wireless data services such as mobile phones, personal computers and other devices.

Suominen’s invention has proven particularly well-suited for use in Bluetooth-enabled wireless devices.

UW protected Suominen’s inventions with a U.S. patent application entitled Simplified High Frequency Tuner and Tuning Method, which it licensed exclusively to Washington Research Foundation. For 10 years WRF prosecuted the application, which grew into a portfolio of U.S. patents. WRF has signed license agreements with more than a dozen companies wanting access to this valuable portfolio. These licenses bring revenue to UW, Suominen and Washington Research Foundation. WRF’s income from this technology has contributed significantly to the Foundation’s mission of supporting research and scholarship at Washington state institutions.

WRF discovered that several cellphone and semi-conductor chip manufacturers had infringed on the patents despite a significant licensing campaign, and initiated a lawsuit to protect the portfolio. The resultant 2007 settlement, in excess of $15 million, benefited the inventor, UW and WRF, while protecting the interests of those companies who had used the technology under license from WRF in the manufacturing of their products.

In addition to assisting WRF as a technical advisor and practicing before the U.S. Patent and Trademark Office as a registered patent agent, Suominen has invented and obtained patents for various other electrical engineering technologies including speech and handwriting recognition software and digital authentication methods.