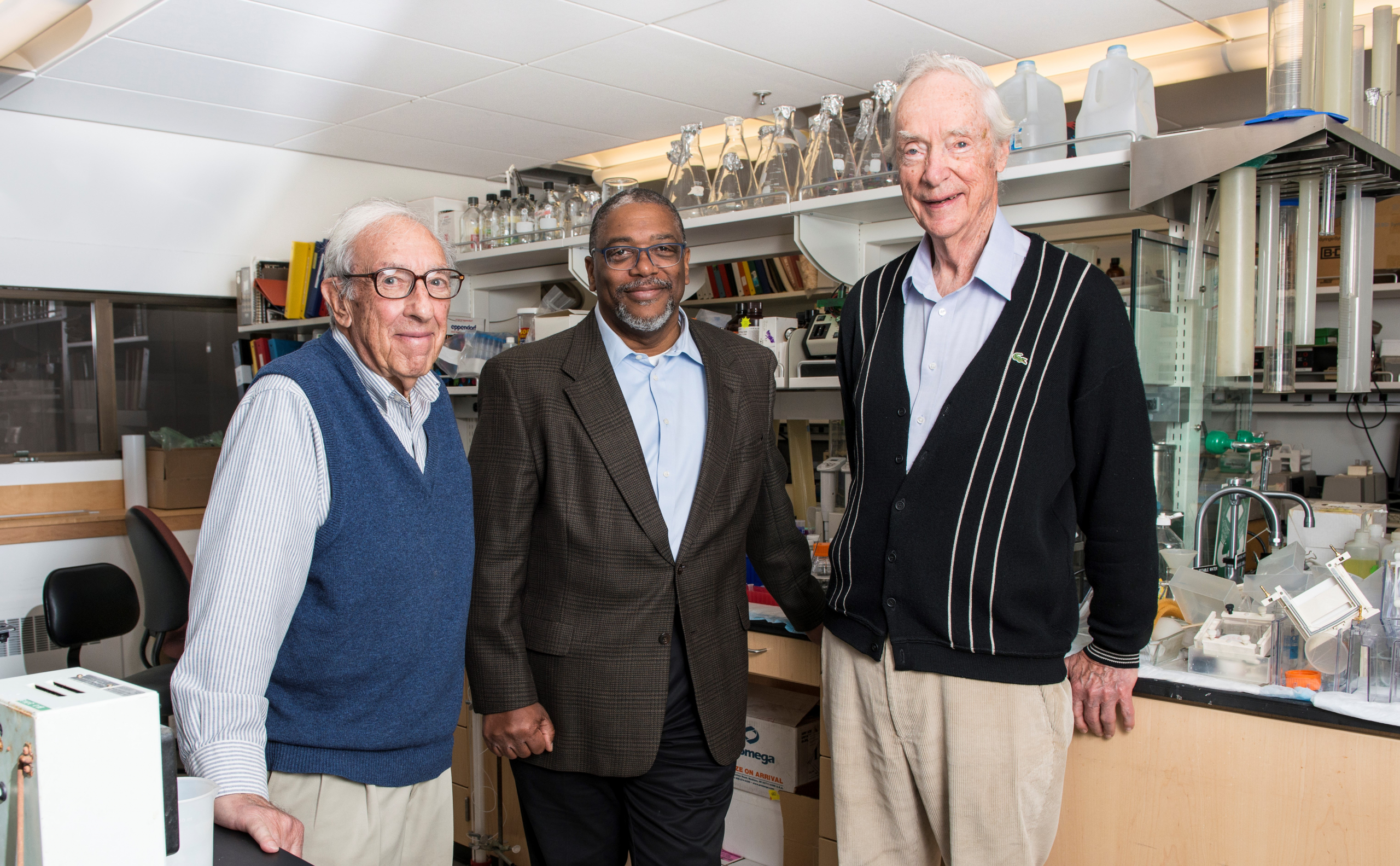 We are sad to learn of the death of our colleague Edmond Fischer, Nobel laureate. We encourage you to learn more about his exceptional life.

Obituary from The Scientist

Noble laureate Dr. Edmond Fischer has ties to the University of Washington (UW) going back over 60 years.

While conducting research at UW in the 1950s, Dr. Fischer met and collaborated with Dr. Edwin Krebs in the biochemistry department. The two discovered reversible protein phosphorylation, a key process in regulating proteins and one that is important for many cancer therapies.

Drs. Fischer and Krebs were awarded the Nobel Prize for Physiology or Medicine in 1992 for this discovery.

UW Professor Emeritus of Biochemistry Dr. Earl W. Davie and his colleague Dr. Ko Kurachi provided one of WRF’s earliest licensing successes through their discovery and patent “rDNA Preparation of Christmas Factor and Use of DNA Sequences (Factor IX).” Dr. Davie approached WRF in 2011 to suggest establishing the Edmond H. Fischer-Washington Research Foundation Endowed Chair in Biochemistry at UW to recognize Dr. Fischer’s contributions to science. The chair was announced in 2012 to enable the department to recruit an expert to work with UW Medicine and the university’s new Institute for Protein Design to better understand mammalian biochemistry and create proteins that target a variety of diseases.