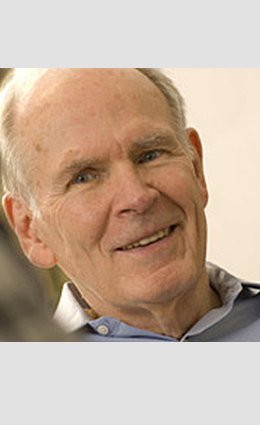 We are sad to learn of the passing of our friend, mentor and colleague, Dr. Benjamin Hall, whose research improved the health of more than a billion people around the world. Ben loved to teach and he loved those that wanted to learn. He had a scientist’s head but he also enjoyed the beauty of the rhododendrons he studied. Without Ben, and the work he did with us to protect his inventions and benefit the public, WRF simply would not exist. There are few larger influences to the course of my own life. I am sure that I am not alone. Our thoughts are with Margaret, his children and his many friends and colleagues. Rest in peace, Ben Hall.

Obituary from Office of the President, University of Washington

Obituary from The Seattle Times (via Legacy)

More than a billion people worldwide have lived healthier and longer lives because of the research of University of Washington (UW) professor Dr. Benjamin Hall and his collaborators.

In the 1970s, UW genetics professor Hall was a pioneer in studying and characterizing transcription of RNA molecules, the initial process in the chain of events by which cells produce their protein constituents. Hall, along with his graduate students Loren Schultz, Janet Kurjan, Jeffrey Bennetzen, Guy Page, Paul Russell, and postdoctoral fellows Ray Adman, Gustav Ammerer, Kim Nasmyth, Maynard Olson, Donna Montgomery and Kelly Tatchell, discovered that several yeast RNA polymerases—enzymes used in transcription—shared structural characteristics and functional roles with RNA polymerases found in the nuclei of plant and animal cells. Hall and his colleagues were then able to clone genes from yeast to enable a more detailed study of the transcription process, taking advantage of the advanced state of genetic analysis in both the yeasts Saccharomyces cerevisiae and Schizosaccharomyces pombe.

Hall’s and Ammerer’s yeast research progressed, primarily funded by National Institutes of Health grants. He and his team reached out to colleagues at other institutions to facilitate development of the yeast system for gene expression. Hall, Ammerer, and colleagues at Genentech were inventors on the U.S. patent Expression of Polypeptides in Yeast (applied for in 1981 and issued in 1997), which claimed and described a method of creating genetically engineered proteins in yeast. The patent was jointly assigned to Washington Research Foundation (WRF) and Genentech, and licensed to dozens of pharmaceutical and biotechnology companies. The technology enabled these companies to develop some of the world’s most important vaccines, as well as therapeutic and diagnostic proteins. Synthesis and Assembly of Hepatitis B Virus Surface Antigen, an invention by Hall, Ammerer, and colleagues Bill Rutter and Pablo Valenzuela at UCSF that resulted in a patent jointly assigned to the University of California and WRF, set forth how to use the yeast expression method to make the active ingredient of the hepatitis B virus (HBV) vaccine.

Insulins manufactured by Novo Nordisk reach tens of millions of diabetic patients each day. Vaccines produced by GlaxoSmithKline and Merck & Co. are estimated to have reached over a billion patients and prevented millions of cases of hepatitis B and hepatocellular carcinoma, the most common type of liver cancer. Novartis Vaccines & Diagnostics (formerly Chiron) manufactures diagnostic proteins that are used by blood banks worldwide to test the safety of blood products prior to transfusion. All of these products were manufactured in yeast using technologies based upon the Ammerer and Hall inventions.

Gardasil, a human papillomavirus (HPV) vaccine manufactured by Merck using Hall’s “Expression” method, received FDA approval in 2006 and is recommended by the CDC as a routine vaccination for females and males to help prevent HPV-related diseases including oral, genital and cervical cancers. With around 500,000 cases of cervical cancer diagnosed worldwide each year, the potential impact on the health of present and future generations is enormous. Loren Schultz, a Merck employee who initiated studies on yeast RNA polymerases as Hall’s doctoral student, was a key member of the Gardasil development team.

In addition to the global health benefits Hall’s work has provided, his influence on Washington state research has been tremendous.

As one of the most successful university inventions of all time, the “Expression” licensing portfolio has generated hundreds of millions of dollars for UW and has enabled WRF to provide funding to UW and other state research institutions to recruit and retain professors, provide student and postdoctoral fellowships, and to support large research projects and programs.

Hall is revered as a mentor. Around 50 undergraduate students, graduate students and postdoctoral fellows have come through his lab and gone on to achieve success in academia and industry. He has long been an advocate for diversity in research, bringing together men and women with wide-ranging specialties, training and ethnic backgrounds. The 146,000-square-foot Benjamin D. Hall Interdisciplinary Research Building at UW opened in 2006 to facilitate this approach.

Ammerer described the environment in Hall’s lab as “a hub of collaborations, not only within the UW campus, but also of external collaboration that reached from Vancouver and San Francisco to France and Switzerland. What really struck me with ‘Big Ben,’ as we called him, was his optimistic vision, his openness to other people’s ideas, his unending enthusiasm and how he guided a rather chaotic lab environment into something where everyone felt important as a player of a winning team.”

Today, Seattle is considered to be one of the leading biotech cities in the nation. This was largely influenced by Hall.

As a co-founder of ZymoGenetics (then Zymos) in 1981, Hall was responsible for building one of the city’s first biotech companies. ZymoGenetics has successfully commercialized many of its original research products, including Recothrom to control surgical bleeding, Novolin recombinant insulin (in collaboration with Novo Nordisk) and Cleactor, in partnership with Eisai, to treat heart attacks.

In his later career, Hall turned his attention to the study of rhododendrons and azaleas in North America and Asia. He and his colleagues have used DNA sequencing to better understand the speciation, evolution and biogeographic history of the nearly 1,000 species that make up the genus Rhododendron. Biological taxonomy has long been of interest for the Hall family, with Ben’s father E. Raymond Hall, a university professor and natural history expert, specializing in biosystematics and evolution. Ben’s mother, Mary, shared Raymond’s fascination with these fields.

Despite retiring in 2007, Hall continues to mentor students in his UW lab, which has been wholly self-funded since 1998 through royalties from his inventions. Hall was the inaugural winner of the UW School of Medicine’s Inventor of the Year award in 2004. In 2010, he received the University of Kansas Distinguished Service Award and was elected to the American Academy of Arts and Sciences. Hall was selected for membership to the National Academy of Sciences in 2014 for “distinguished and continuing achievements in original research.”

Professor of Genome Sciences and of Biology