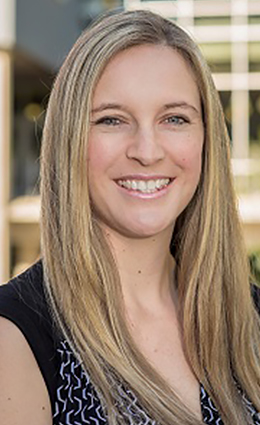 Research suggests that we all have our biases. Rather than denying it, maybe we should sleep on it.

Biases permeate everyday life. They lead to assumptions about an individual’s interests and abilities, and to inequities in social, education and employment opportunities. They can also have split-second life-and-death consequences.

At Washington State University (WSU), Lois James, Ph.D., is investigating the role that implicit bias plays in police decision making. Reliable information is not readily available on the number and circumstances of officer-involved shootings in the U.S., but the public perception in many areas is that black suspects are shot at disproportionately higher rates than other races. James, an assistant professor at WSU’s School of Nursing, decided to test this theory.

James, a member of the International Association of the Chiefs of Police Research Advisory Council, developed a set of deadly-force-judgement and decision-making simulation scenarios in 2009 while completing her doctorate in criminal justice at WSU. Using these scenarios, James and her colleagues then found over a series of Department of Defense (DoD) funded studies that officers raised their weapons more quickly at black suspects than they did at Hispanic and white suspects. Furthermore, they found that when officers were tested using the traditional “Implicit Association Test,” they were quicker to associate black Americans with weapons than white Americans. However, when it came to actually pulling the trigger, officers were around 15 percent quicker to shoot white and Hispanic than black suspects, and were more likely to shoot an unarmed white suspect than they were to shoot an unarmed black or Hispanic suspect.

It is unclear why there are differences in the rate of raising a weapon versus actually using it. James has several theories, including the possible consequences of shooting a black suspect in the aftermath of events such as the death of Michael Brown, an unarmed black teenager shot by police in Ferguson, Missouri in 2014. Instead, or in addition, the biases that led officers to identify black suspects as a greater threat may have caused the officers to be more alert and respond in a more considered way. It was clear to James that, even without knowing exactly why officers responded in the ways they did, there was the potential to reduce the risk of bias leading to mistakes in judgement.

During CBTsim, officers are put in realistic situations that force them to decide whether they need to use deadly force on a suspect. The goal is for officers to respond to the unfolding threat based solely on objective behavioral cues such as hand movements, and not be influenced by citizen characteristics such as race or socioeconomic status. Following each scenario, officers undergo an intense debrief to identify why they made their decisions, and to self-reflect on how bias influences actions.

James was awarded nearly $750,000 by the National Institute of Justice (NIJ) in 2017 to evaluate the impact of CBTsim on officers’ decision making in the field, compared to traditional classroom-based implicit bias training. James and her colleagues will measure police decision making for a 12-month period by analyzing body worn camera (BWC) footage. Officers in the study will then be randomized into four groups: one will receive CBTsim, one will receive classroom-based implicit bias training, one will receive both training types, and one will be a no-training control group. Following the training intervention, BWC footage will again be analyzed for a 12-month period to determine whether the training is effective, which training type is superior, and how long training effects last.

The $12,500 in funding provided by the CGF in 2015 directly led to the $750,000 NIJ grant, James said, as it allowed her to demonstrate proof of concept for the training potential of CBTsim. Presenting to the CGF review panel was “great experience in pitching” to a potential funder.

James’s CBTsim program has gained significant industry recognition. She was part of the team that won Best Paper at the 2016 Interservice/Industry Training Simulation and Education Conference (for the metrics being used to analyze BWC footage in the CBTsim evaluation), and received a TechConnect Defense Innovation Award for CBTsim at the 2017 Defense Innovation Summit (DITAC). The International Association of Directors of Law Enforcement Standards and Training (IADLEST) has awarded CBTsim its Seal of Excellence. In 2018, CBTsim was featured in the documentary “Bias” and National Geographic Magazine’s “The Race Issue.”

The impact of sleep deprivation is another of James’s key areas of research. The general downsides—slowed reflexes and difficulty concentrating, for instance—are already reasonably well understood, but the extent of its effect on critical decision making is less well known. James took another popular occupation—nursing—to investigate whether the length and timing of working shifts could be detrimental to the quality of patient care.

12-hour shifts are common in nursing. They are easy to schedule and typically allow nurses to have a three or four-day working week. Some believe that a patient’s quality of care is improved by a low number of staffing changes. But few studies have been carried out to determine whether a nurse’s ability to perform routine-yet-crucial procedures such as administering medication, inserting IVs and monitoring vital signs are impaired by a long workday.

With the help of a $1 million federal grant from the Agency for Healthcare Research and Quality (AHRQ), James is conducting a study at WSU’s College of Nursing Simulation Lab and the Sleep and Performance Research Center (SPRC) to determine the impact that consecutive 12-hour day shifts and 12-hour night shifts have on a nurse’s ability to perform at a high level. James is working with nurses at Spokane’s Providence Sacred Heart Medical Center to test their ability to simulate work-related tasks following the completion of their shifts. Individual performances will be evaluated, and the results of the day-shift nurses will be compared with the night-shift nurses—50 of each—to see if the timing of the shift makes a difference in the nurses’ performance.

James’s work will build on an earlier WSU study led by Marian Wilson, Ph.D. Wilson’s 2017 study determined that the cognitive impact of a 12-hour night shift was more severe than with a day shift of the same length, but the limitations of the study did not enable Wilson and her colleagues to conclude why. James plans to address this in her research and establish a “best practices” protocol for nursing shifts to provide for optimal patient care.

Like the NIJ police-training grant, the sleep-study funding covers a three-year period and began in 2018.

James sees the bias and sleep studies as two separate but related pieces of research that have the potential to be combined. According to James, our biases become more apparent when we are tired, in part because we are less guarded and less able to self-censor. She likens it to the effects of alcohol consumption in lowering inhibitions. It’s feasible to James that combining elements of the two studies could allow her to develop a “wellness package” with applications beyond nursing and police work. The military, for example, could be a natural extension.

In helping us to understand more about the ways in which bias, fatigue and time of day affect our cognitive and decision-making abilities, the potential social and commercial benefits of James’s research are enormous.