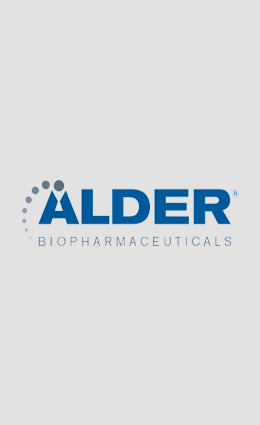 Alder Biopharmaceuticals, based in Bothell, Washington, followed its 2014 initial public offering with success in its clinical trials.

Alder’s lead drug, ALD403, is a preventive treatment for chronic migraines. In Phase 2 trials, up to 41 percent of patients reported an end to their migraines, with a single dose providing effective treatment for up to six months. Phase 2b trials were also completed, and Phase 3 trials were initiated for further testing in 600 patients.

WRF Capital received one of the largest returns in its history through the sale of its shares in Alder and will use the proceeds to fund its grant programs and future investments in local startups.

“We would not be here if not for WRF, your trust and support.” Dr. Randall Schatzman, CEO